No Result
View All Result

Charted: Ripple (XRP) Testing Crucial Support, Why It Could Nosedive

After struggling to clear the $0.3120 resistance, ripple’s XRP price started a fresh decline. The price declined heavily below the $0.2800 support level and it even spiked below $0.2600.

However, the price seems to be facing resistance near the $0.2850 level. There is also a key bearish trend line forming with resistance near $0.2720 on the 4-hours chart of the XRP/USD pair. 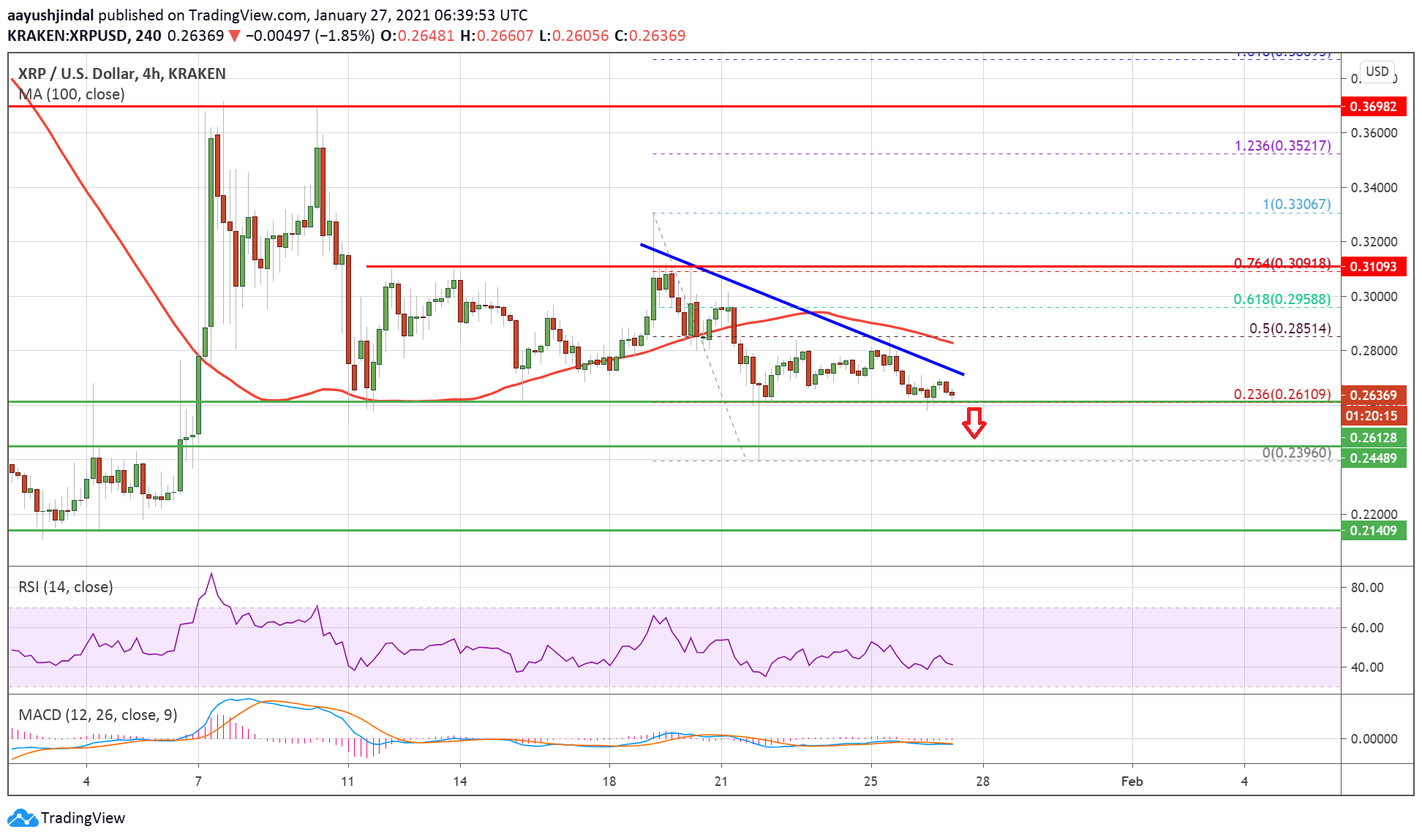 Polkadot’s DOT surged towards $18.50 before correcting lower against the US Dollar. It is holding gains above $15.00 despite a...

Chainlink was among the first cryptocurrency to set a new all-time high in 2020, but given its absence during the...

Chainlink (LINK) rallied towards the $26.00 level before correcting lower, similar to bitcoin and Ethereum. The price is now approaching...

Blockchain Firm Chainalysis Is Adding Bitcoin To Its Balance Sheet