One of the year’s most profitable decentralized finance tokens, LEND, is not just about the hype.

The 24th-largest cryptocurrency gained more value in the first two days of this week, as its price surged by more than 40 percent. As of Tuesday, the LEND/USD exchange rate was trading at $0.786, its highest level to this date. 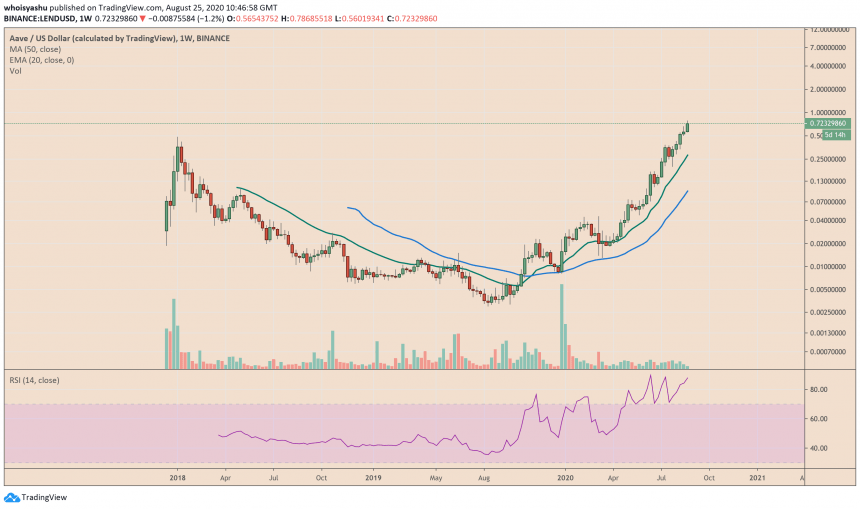 The demand itself originated from this year’s boom in the decentralized finance industry. LEND, the governance token of Aave – a protocol that enables users to earn interest on deposits and borrow assets with a variable or stable interest rate, surged on the same hype.

That was also reflecting in the total value locked in Aave reserves. As of today, the protocol’s smart contract had about $1.5 billion worth of assets. It showed that more traders/investors used Aave to lend LEND tokens to earn attractive interest rates. 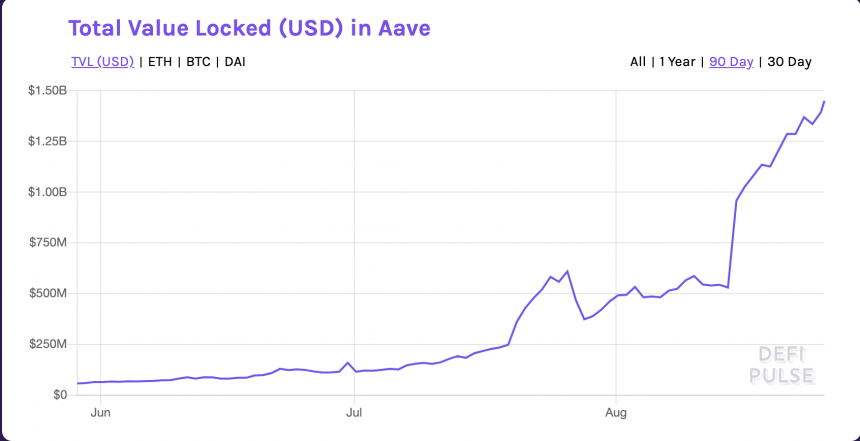 But the token’s gains this week originated from Aave Limited, Aave’s UK business entity, which earned itself an Electronic Money Institution license in July. The authorization enabled the grantee to offer services that include digital asset issuance and payments.

The news signaled mainstream approval for Aave as a DeFi project. It also paved the way for institutions to get into a rather unexplored space of distributed lending and borrowing. Especially in times when investors are earning a much lesser interest rate