Bitcoin has embarked on a steep recovery over the past eight weeks. After falling as low as $3,700 in the middle of March, BTC has surged as high as $10,100 — a gain of over 170% in just the span of two months. 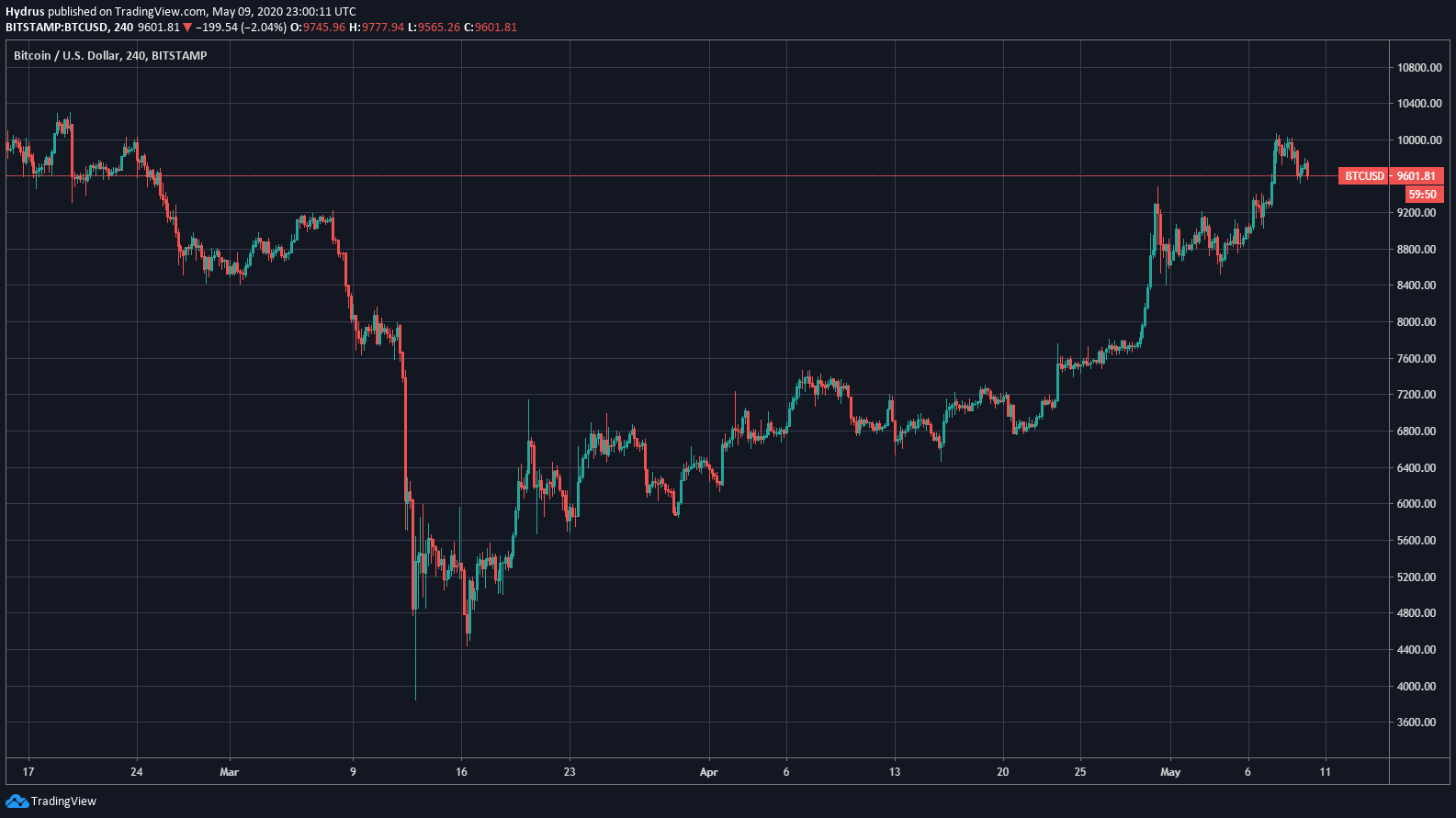 It’s a stunning performance that has allowed the cryptocurrency to outperform almost every other asset class.

While there has been a slight stagnation in the price of BTC, which is now trading at $9,600, a top analyst believes that Bitcoin is poised to head higher. He cited a confluence of four fundamental factors that in convergence are a potential perfect storm.

The analyst went as far as to say that he’s so convinced by these factors that he is “really struggling to see a bearish case” for BTC here.

BTC is in an interesting place at the moment.

Halvening in a week

Incredible strength from the lows

The first he looked to the fact that the Bitcoin block reward halving is taking place in a few days, approximately three as of the time of this article’s writing. This halving will reduce the inflation rate of BTC by 50%.

Analysts expect this event to be widely bullish for Bitcoin as assuming demand stays the same in the wake of the halving, the decrease in mined supply will skew the supply-demand dynamic in favor of market growth.

#2: The Hedge Narrative Is Strengthening

Secondly, the analyst explained that Bitcoin’s narrative as being a hedge against economic downturns is “showing potential,” likely referencing how the cryptocurrency is the best-performing asset this year despite a global recession brewing.

He might also be referencing the fact that Bitcoin, which is scarce and decentralized, is gaining credence due to the money-printing by central banks around the world.

Paul Tudor Jones, a legendary macro investor worth over $5 billion, recently touched on this narrative. In a note titled “The Great Monetary Inflation,” the Wall Street veteran argued that Bitcoin is a solid bet against monetary inflation.

#3: Bitcoin Has Rallied Strongly From the Lows

Thirdly, he remarked that Bitcoin’s “incredible strength from the lows” is convincing him of the bull case.

And lastly, he claimed that “Bitcoin exchange dynamics are shifting” in favor of growth. The analyst did not expand on this specific point, but there are two main trends he is likely referring to: