As pointed out by an analyst in a CryptoQuant post, the BTC netflow had a big positive spike yesterday, a sign that’s usually bearish for the price.

The “all exchanges netflow” is an indicator that measures the net amount of Bitcoin entering or exiting wallets of all exchanges. The metric’s value is simply calculated by taking the difference between the inflows and the outflows.

When the indicator has positive values, it means there are currently more inflows happening than outflows. Such a trend is often bearish as investors usually deposit their Bitcoin for selling purposes.

On the other hand, when the value of the metric is negative, it implies outflows are overwhelming inflows as a net amount of BTC is exiting exchanges. This kind of trend can be bullish for the price of the crypto as holders generally withdraw their coins to hold them.

Related Reading | Bitcoin Leverage: Lack Of Liquidations Could Indicate Another Wave Of Selling


Get 110 USDT Futures Bonus for FREE!

Now, here is a chart that shows the trend in the Bitcoin netflow over the last couple of months: 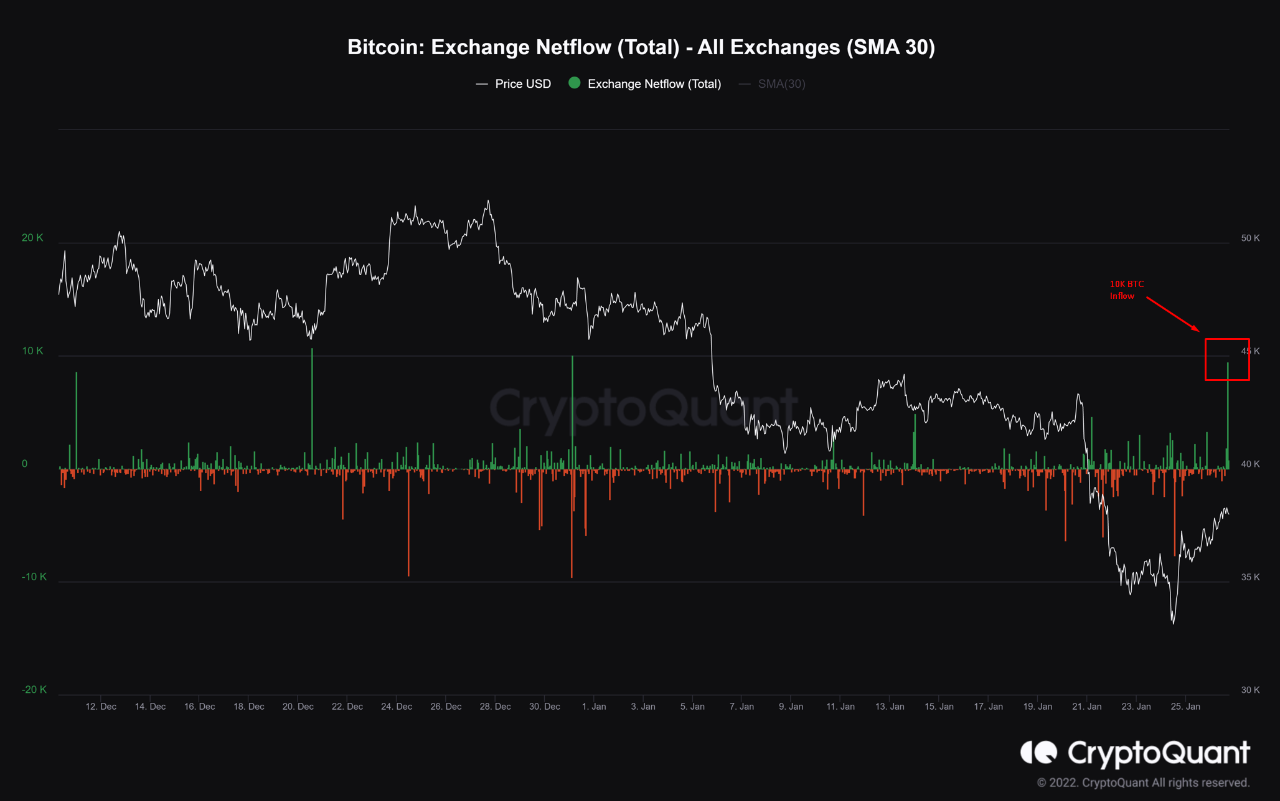 As you can see in the above graph, yesterday the Bitcoin netflow showed that almost 10k BTC entered exchanges yesterday within an hour.

A look at the chain data reveals these inflows were to Binance. Interestingly, just a few hours later, the crypto exchange Gemini observed an outflow of about 10k BTC, cancelling out these inflows and making the netflow neutral again. 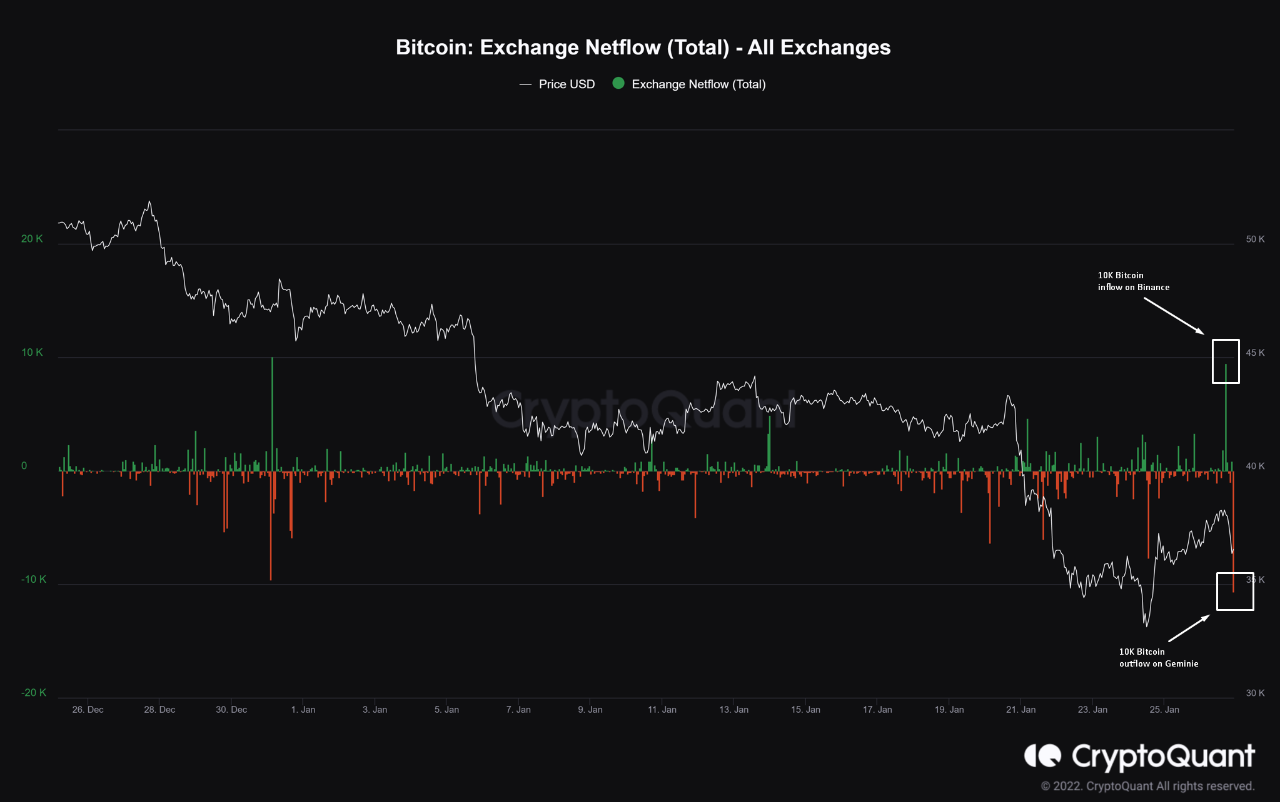 As mentioned earlier, inflows are usually bearish for the price of Bitcoin. However, since outflows of the same amount occurred just a couple of hours later, the netflows effectively became neutral.

Now, outflows can be bullish for the price if they occurred for the purpose of accumulation. But that doesn’t necessarily have to be the case. If the investors who were behind the withdrawal intend to sell them through OTC deals, the effect on the price may be bearish instead.

At the time of writing, Bitcoin’s price floats around $36.8k, down 12% in the last seven days. The below chart shows the trend in the value of the coin over the last five days. 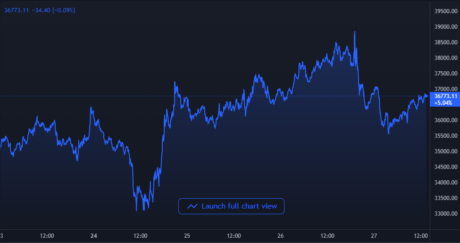 The next bull market in Bitcoin is now building a bottom. As a result, bears continue to rule the market,...

With the market in turmoil, digital assets such as Bitcoin and Ethereum are seeing their prices challenged in ways that...

On-chain data shows the Bitcoin long-term holder SOPR has recently observed spikes, suggesting that this cohort is still continuing to...