DeFi Token LEND Turns Into AAVE With a 25% Price Surge; What’s Next?

The transformation of Aave’s native asset LEND into a new symbol, titled “AAVE,” has begun with a 25 percent price surge.

In retrospect, the team behind Aave announced two weeks ago that it would transfer its ownership of the lending protocol to a “genesis governance” built following a community vote. The ayes came in favor of the protocol upgrade last week.

LEND was the governance token of the previous Aave protocol. The team proposed to convert the old cryptocurrency to the one that would be more compatible with the genesis governance built. Hence, AAVE came into existence.

The so-called token swap started late last week at the rate of 1 AAVE per 100 LEND. Multiple exchanges integrated AAVE into their platforms, allowing traders to speculate on its value as they were doing with LEND. 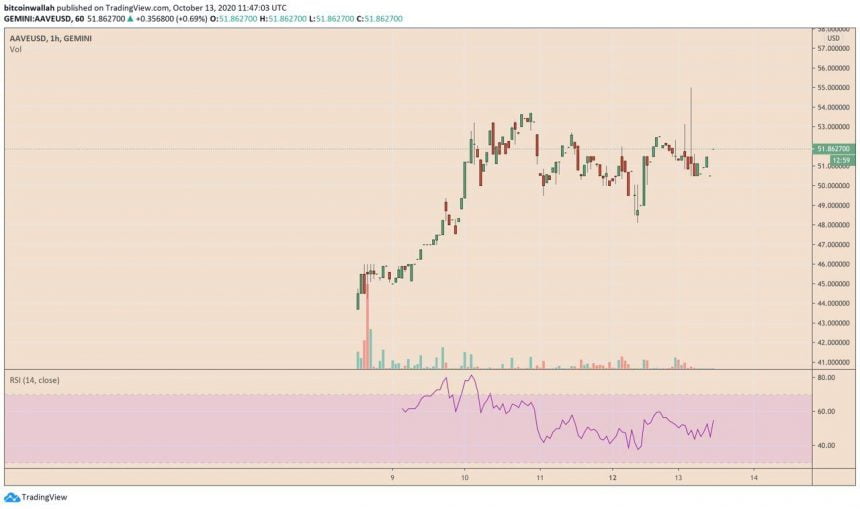 The first days of LEND trading on Gemini exchange met with explosive buyouts. The US exchange reported a circa 23 percent price increase in the early three days. After a natural downside correction later, the AAVE/USD exchange rate resumed its uptrend and