Bitcoin is still well below the $48,000 resistance against the US Dollar. BTC remains at a risk of a sharp decline if it fails to stay above the $45,500 support zone.

Bitcoin price attempted a fresh increase above the $47,000 level. However, BTC failed to clear the $47,500 level and started a fresh decline. 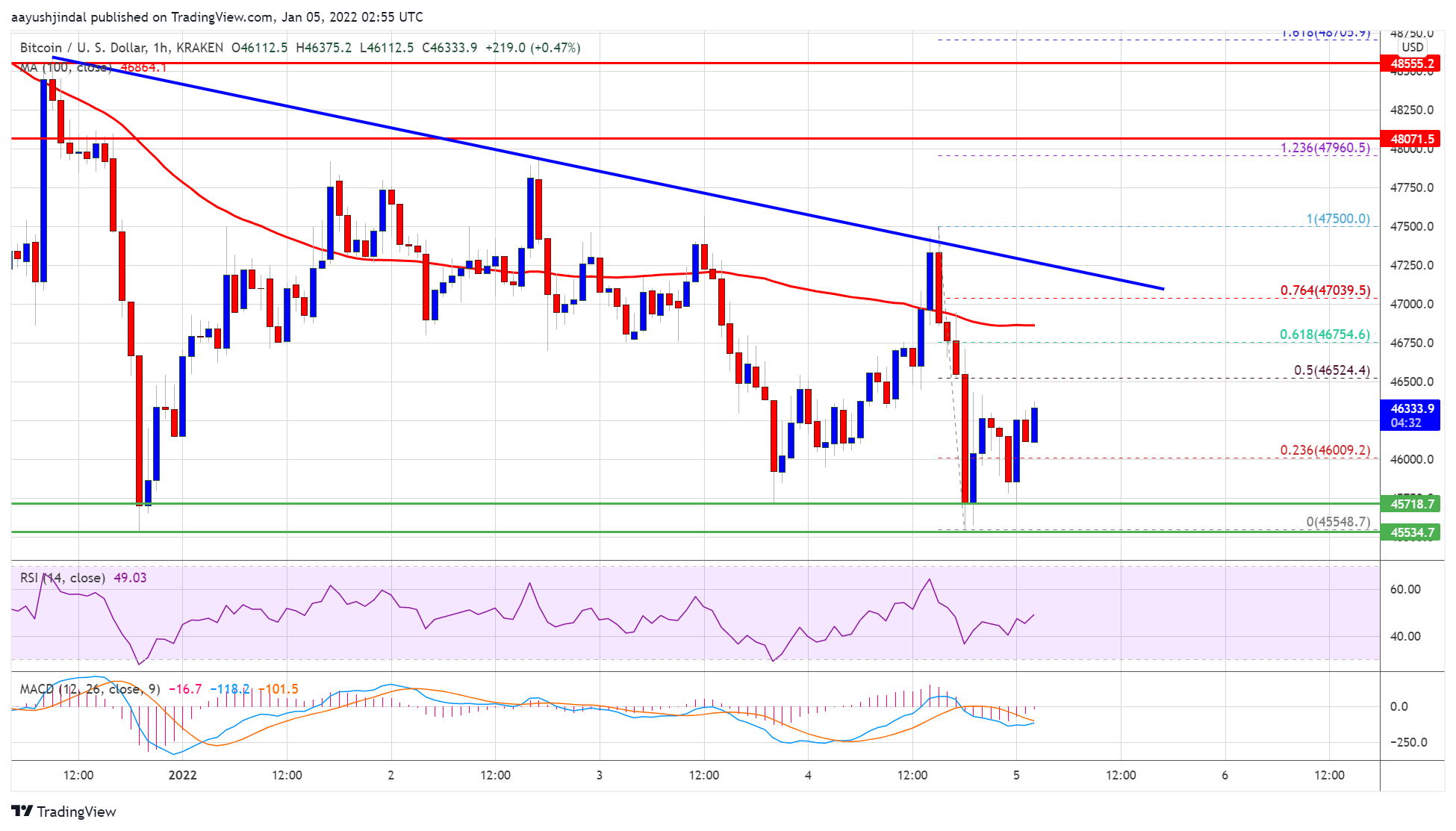 A clear move above the $47,000 resistance zone and the trend line could start a strong recovery. The next major resistance is near the $48,000 level.

A downside break below the $45,500 level could push the price further lower. In the stated case, the price may possibly decline towards the $43,000 level in the coming sessions.

Hourly MACD – The MACD is now losing pace in the bearish zone.

Hourly RSI (Relative Strength Index) – The RSI for BTC/USD is near the 50 level.

The Federal Reserve (Fed) had its January Federal Open Market Committee (FOMC) meeting on Wednesday and the crypto market tumbled...

Ethereum crumbled with the market during the last crash and is yet to recover to previous levels. The crash was...

One of Pantera Capital’s investors, Paul Veradittakit, was brave enough to make predictions for this year in the tumultuous world...

Elon Musk, and by extension, Tesla, have been one of the biggest proponents of bitcoin. The automotive manufacturer which is...

All Hell Breaks Loose, This Avalanche Project Main Dev Was Behind A Ponzi Scheme?

The Avalanche community has seen its fair share of drama in the past days as Wonderland (TIME) hit a new...