Ethereum is attempting a decent recovery wave above $2,100 against the US Dollar. ETH price could gain momentum if it settles above the $2,200 resistance zone.

There was a fresh decline in ethereum below the $2,120 support zone. However, ETH remained well bid above the $2,050 support zone. A low is formed near $2,050 before the price started a fresh increase, similar to bitcoin. 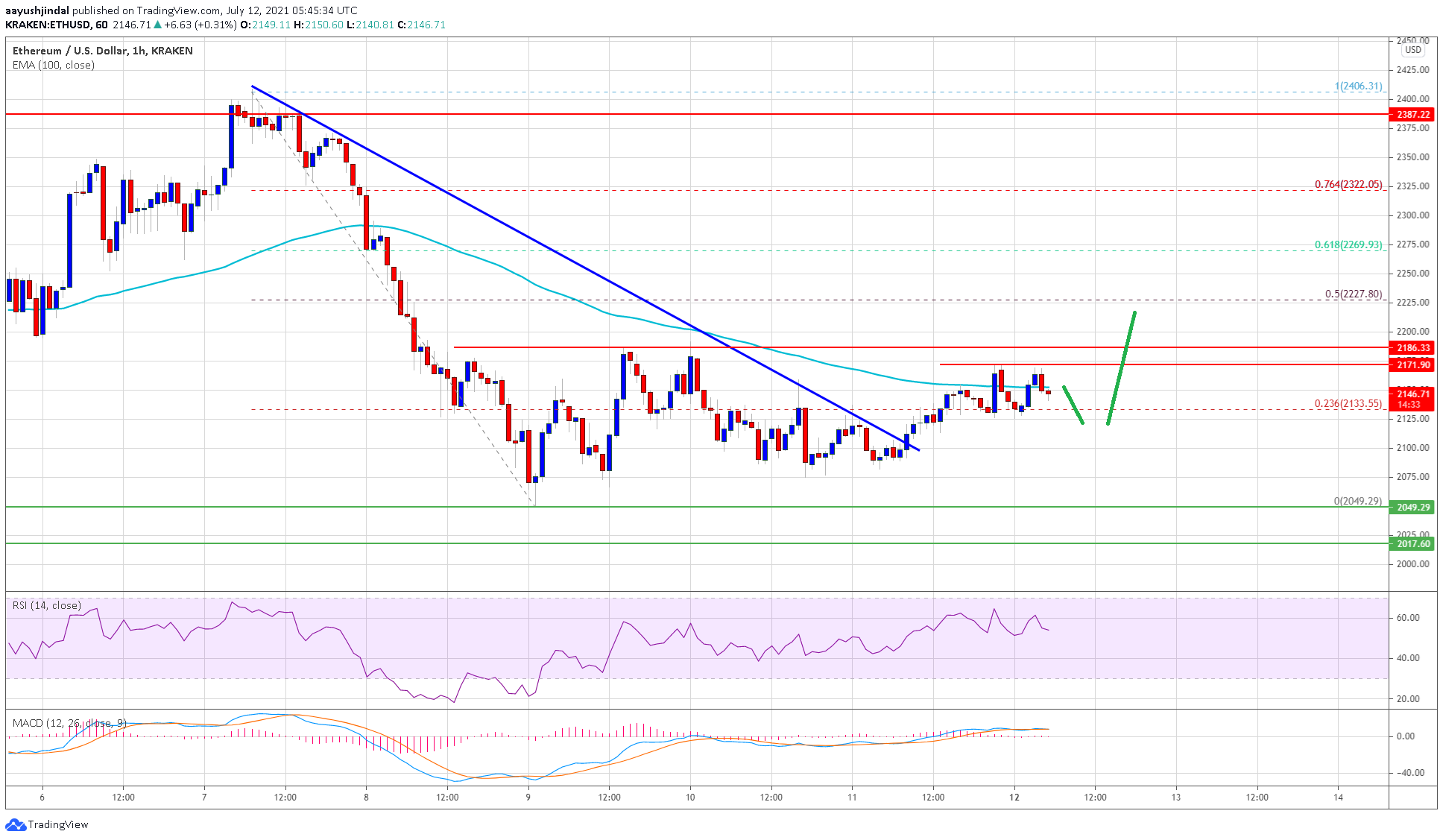 If Ethereum fails to climb above the $2,200 resistance zone, it could start a fresh decline. An initial support on the downside is near the $2,100 level.

Hourly MACD – The MACD for ETH/USD is now slowly losing pace in the bullish zone.

Hourly RSI – The RSI for ETH/USD is still above the 50 level.

Ethereum is down 5% and it is struggling to stay above $2,000 against the US Dollar. ETH price could decline...

Ethereum extended its decline below the $2,200 support zone against the US Dollar. ETH price is showing bearish signs and...

A recent market crash has seen the price of ethereum crumble as the market prepares for the launch of the...

Ethereum started a fresh decline after it failed to surpass $2,400 against the US Dollar. ETH price could decline further...

Ethereum continues on a path of more adoption as the asset has seen the addition of over 5 million new...